Online Videos on the Rise

Home/Blog/Online Videos on the Rise

Online Videos on the Rise

The proliferation of digital devices is changing the viewing habits of consumers across the globe, and the UAE is no exceptions to this rising trend. 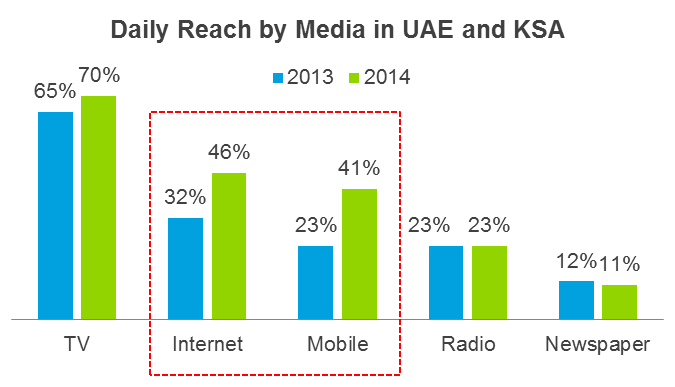 Media reach across the MENA region is slowly but surely gravitating towards online and mobile content, with the rising uptake of internet and mobile digital media. While TV continues to be the most popular medium in the region with a penetration rate of more than 70%, the internet and mobile segments are growing at rapid pace, with their respective penetration rates rising to 46% and 41% in 2013 from just 32% and 23% in 2011.

The growing adoption of mobiles and smartphones in particular has been a major driver for growth in online video content. Nearly 40% of smartphone users in the MENA region use their phones for activities such as watching videos and playing online games. This trend is even stronger in the UAE, where mobile app penetration is 65%, with an average smartphone user spending approximately 13 hours per week on the mobile. In fact, the UAE is expected to lead the mobile advertising market in the MENA region by 2018, with mobile internet advertising revenue estimated to touch $494 million in the UAE, about four times higher than that of the traditional display advertising. 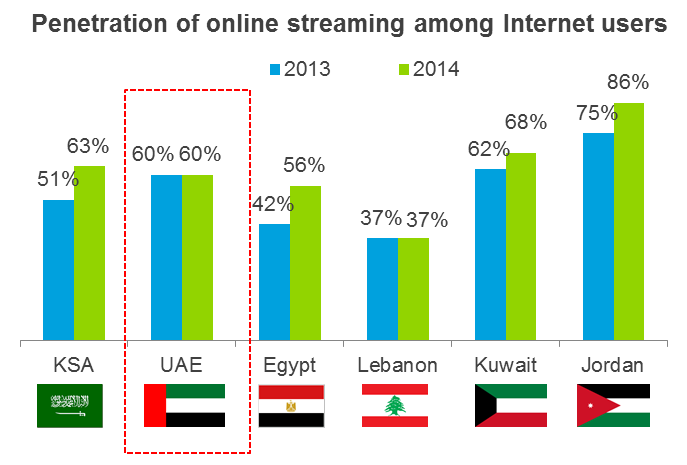 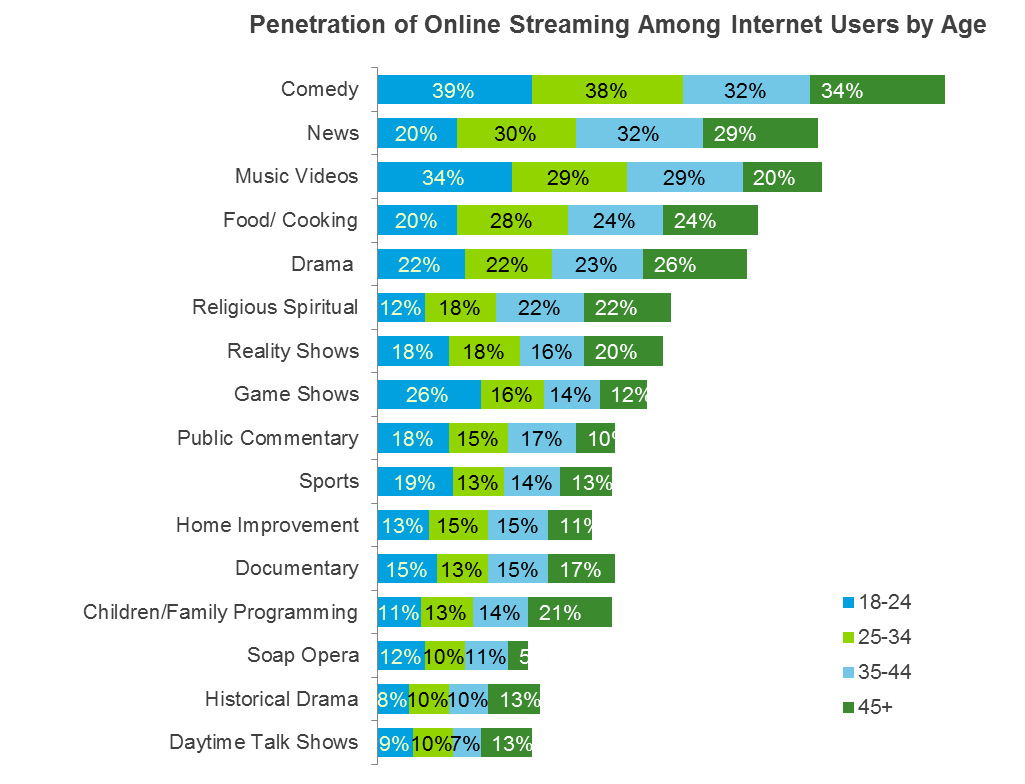 Family-based themes such as comedy, news, music, food and cooking, and drama are the most popular genres of videos viewed online. Comedy-based content is at the top of the chart, with all age groups preferring it. News videos are more popular among viewers in the above-25 age group. On the other hand, music videos and game shows enjoy the highest patronage from the under-25 age group.

As expected, it is the younger internet users who watch videos more often than their older counterparts and consider them integral to entertainment. In fact, users in the age bracket of 18–25 are almost twice as likely to watch online videos every day compared to those over 45.

It was observed that men spend nearly an hour (est. 2013) watching online videos every day compared with 33 minutes spent by women. In fact, websites providing video content are the second most popular choice among men, topped only by social networking sites. Women on the other hand spend more time on real estate sites, classifieds, and search engines.

The preference for video content also varies significantly by nationality. It was found that comedy is the only common popular genre among people of all nationalities in the UAE. Other than this, all nationality types have their own preference—UAE nationals prefer game shows; western expats prefer reality shows; Arab expats prefer drama shows, while Asians like music videos.

Growth drivers of online video market in UAE include:

We believe that the UAE’s online video market will continue on its strong growth path. A well laid-out telecom infrastructure, strong broadband connectivity, and the rising penetration of digital devices have created an effective delivery mechanism for the online video market. This, combined with a growing population and a large percentage of young people, will result in higher demand for online video services for the foreseeable future.